On a wall in Lyon, France.

I came across this ‘street art’ while wandering through the old town of Riga, Latvia earlier this year. It was on a wall by the edge of some steps leading into a doorway.

The word relic comes from the Latin reliquiae, meaning remains or something left behind. Something that has survived the passage of time.

The division of Germany began with the end of the Second World War in 1945.

‘On November 9, 1989, the government relaxes travel regulations, allowing East Germans to cross the borders. When hundreds of thousands of people gather at the Wall, the leadership is unable to withstand the pressure, and the Berlin Wall falls.’

I’d wanted to see the Berlin Wall ever since reunification and this year I visited Berlin for the first time. The main section that is left intact is now covered in street art and graffiti. Well known street artists have work on the wall and in other parts of old Berlin.

Relics of the Berlin Wall

Now the wall is a major tourist attraction. 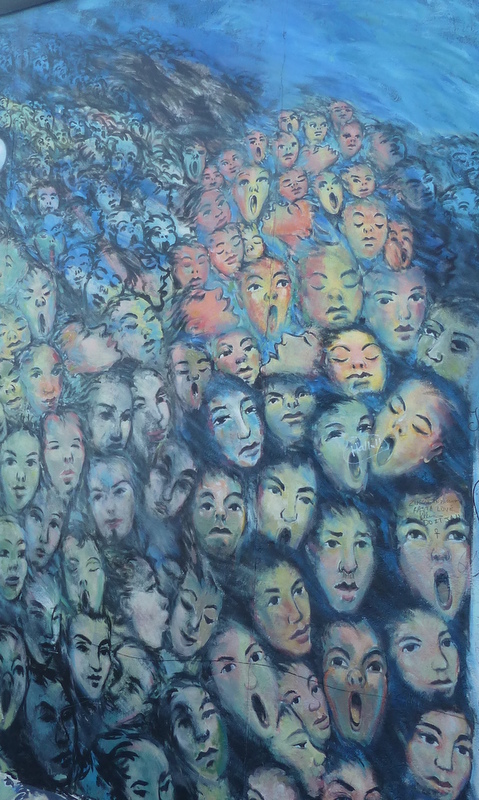