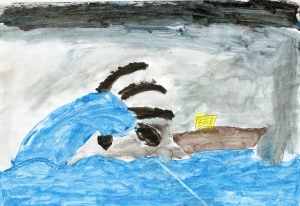 Last week I felt as though my head was going to explode with all the wonderful ideas and thoughts resulting from listening to and entering into a number of conversations. It made me believe that there are perhaps some changes afoot in a world where, for as long as I can remember, people have become increasingly egocentric, hedonistic and materialistic.

It all started the day before the Writers Festival. I attended a seminar on Writing for Change. I had no idea what exactly I had signed up for, but my mind was open to ideas and the conversations that ensued. That put me in the right place for the next three days. The Writers Festival held the promise of stories being shared by poets and politicians, acclaimed authors and adventurers, comedians and critics. And it lived up to that promise.

The final evening I walked through the magnificent gum trees and grounds of the University that ranks in the top 100 in the world, a place for the privileged perhaps, to the now almost empty car-park where I brushed aside the tears of anger, compassion and frustration. Richard Flanagan’s closing address ‘On Love Stories’ had moved me so. No, not because I had thoughts of love canyoning around my brain, but because of his link to compassion and humanity – however tenuous some may say this link was.

The part of the address that struck home went like this:

“… Crowded into love stories between the discovery of ourselves in others and of others in ourselves, we glimpse something else, a boat, and on the boat, jammed between the polytarp thrown over the shivering, the sunburnt and the silent, caught between the briny largeness of the sea and the sky, terrifying and hopeful, breathing in the nauseating oily drifts of diesel fumes, stands a tall 23-year-old Iranian called Reza Barati who dares dream that freedom and safety will soon be his as the boat approaches the Australian territory of Christmas Island.

But the sky darkens, the idea cannot hold, the ocean shimmers and transforms into something terrible, and all that remains of that dream for Reza Barati is a white plastic chair he now holds up in front of him, seeking to ward off the inexplicable blows of machetes and bullets and boots – a white plastic chair, all that a rich nation that prides itself on a fair go, on its largeness of spirit, has left for Reza Barati to defend his life against those who have now come to kill him.

In this desert of silence that now passes for our public life, a silence only broken by personal vilification of anyone who posits an idea opposed to power, it is no longer wise for a public figure to express concern about a society that sees some human beings as no longer human; a society that has turned its back on those who came to us for asylum – that is, for freedom, and for safety. And so, with our tongues torn we are expected to agree with the silence, with the lies, and with the murder of Reza Barati.”

Maybe it was the culmination of those thoughts and emotions surging around in my head after sessions on ‘Loss’, ‘Climate change’, ‘Memoir’, ‘Misogyny’, ‘Translation’, and ‘Asylum Seekers’, or maybe it was the sheer beauty of his words, but I sat in my car unable to move.

Where had our compassion gone?

And now I once more reflected on those negative thoughts.

How had we come to a time where pejorative words like ‘alien’, ‘illegal’ ‘queue-jumper’ replaced ‘someone who is fleeing from terror; where there are no queues’. How important language is in shaping our thoughts. By normalising these words through continual use of them, they become a part of our psyche and people simply accept and reiterate the hyperbole.

Like the words and images implanted in our brains on a daily basis through advertising, whether it be for a food product, the latest phone we must have, the latest technology we need to buy immediately, or the car that shows we’ve really made it in life. Do these materialistic things define us in the way we perceive through the marketing? If then a person is seen as a queue-jumper we immediately lose our compassion, believing they have done something wrong. For many who have already fled their country, with or without travel documents, there is no queue to join. Even for those lucky enough to find refuge with the UN or similar body, the wait can be undefined and perhaps be up to ten years. It is not uncommon also for sexual favours to be solicited, from those in power, as a way of getting on to such a list.

So if you are one of a thousand people in a burning building behind a locked door and only one of you has been allowed to leave through that door, what do you do? Join the queue in the hope that they might open the door again before you perish, or do you jump?

I know what I would do. 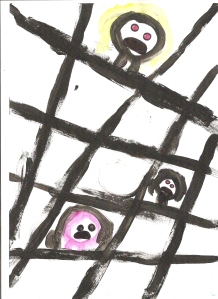